Those opposed to HS2 are claiming that a new railway line will destroy the English countryside. Let’s look at the facts behind those claims.

The HS2 ‘land take’ is less than an equivalent length motorway, less than Heathrow Airport, and much less than the anticipated urban expansion of many towns and cities in to the open countryside. You decide if the countryside is threatened to the extent HS2 opponents suggest. 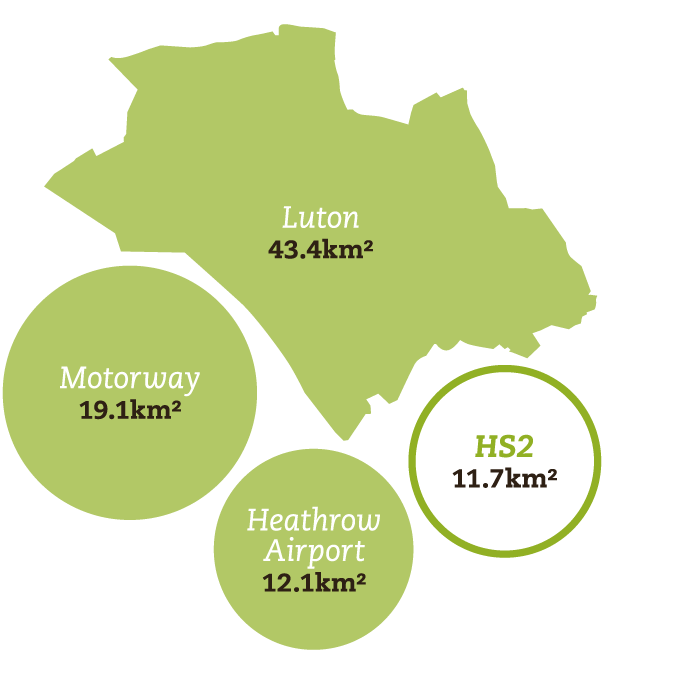 Notes
1. Motorway based on a 36m wide construction as laid out in the DfT Design Manual for roads and bridges.
2. Heathrow Airport total land area taken from www.airport-technology.com/projects/heathrow5
3. HS2 land take based on a 22m cross-section over the entire 330 mile route as defined by HS2 Ltd.