The country is divided (40% of London businesses say it’s necessary, but 46% disagree in a Savanta/ComRes poll published this month); a decision on whether to proceed has dragged on for the last three years; it’s a project that impacts on the North especially strongly. Sound familiar?

Not Brexit (soo 2019), but HS2 – a key decision for the new decade. This one has been even longer in the making: plans were first published ten years ago, and have been the subject of Parliamentary scrutiny, ever since. Now is not the time for dawdle and dither.

In fairness, the Government obviously wants to get this one right, and to do so it will need to ignore some siren voices saying ‘build only part of it, say the bit in the North – save lots of £££ and address the area of greatest need’.

To understand why building in the North/starting in the North makes no sense and would bring a host of unwanted consequences, we need to remember that HS2 itself comes in three different size chunks. But this is not a goldilocks moment, as we explain (imagine cheese rather than porridge). 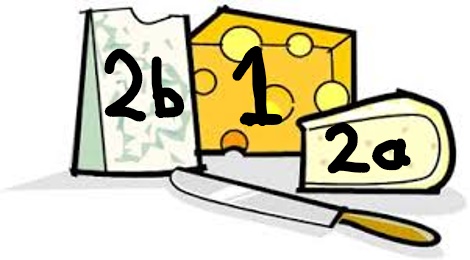 The first HS2 chunk (Phase 1) links the West Midlands to London. It’s big and mature: it has Parliamentary Powers, work has started (holes in the ground) and so can be delivered by 2030. The second chunk (known as Phase 2a) is much smaller and links the North West to the West Midlands. It sits happily atop Phase 1. While its Parliamentary Powers have not yet been signed off, there was provision to do so in the recent Queen’s Speech, so it too can be delivered by 2030, in fact, almost certainly sooner.

The third chunk (Phase 2b) is large again, and it connects the first two phases onwards into the centres of Leeds and Manchester. It serves the East Midlands and is mainly to be built in the North. But (and it’s a huge ‘but’), the Parliamentary process has not even begun for Phase 2b. This means that construction would probably be in the 2030s, with completion by 2040. Not our estimate, but the careful comments of HS2 Ltd Chairman Allan Cook advising Government last summer.

Yet, astonishingly, proceeding with ‘just the northern bit’ (Phase 2b) has been advocated by some who should know better. Once the penny drops, the politics alone would surely rule this out. What Northern MP could keep its constituents satisfied with a solution in 20 years’ time? The PM can’t plausibly postpone ‘regional levelling up’. It might look like it’s an approach that would cut the HS2 budget and target investment where it’s most wanted. But the problems that North of England commuters face today can’t be left unresolved for 20 years.

The Phase 2b chunk is apparently unloved in the Oakervee Review, according to leaked reports. It’s a subject to which we will return in a follow-up blog.

We need to understand a key aspect of HS2: it is not a free-standing scheme. Rather, it’s a major upgrade to the national rail network. Indeed, each of the three HS2 ‘chunks’ comes with new connections to the existing network so that as soon as they are built, high-speed trains can run onwards over existing lines to reach places such as Liverpool, Newcastle, Stoke-on-Trent, Wigan, Edinburgh and Glasgow.

You don’t often hear it said, but the first chunk (Phase 1, Midlands-London) uses these connections to bring very substantial benefits to the North, to Scotland, to North Wales – as well as to the Midlands and the South East.

The largest speed-up of Anglo-Scottish services, and for services between NW England and the capital, and therefore the biggest impact on reducing short-haul flights, for example, stems from Phase 1.

Let’s be crystal clear. Ditching the first chunk (and the much smaller second chunk) would deny the North, Scotland and North Wales and the nation as a whole getting these benefits.

The spread of benefits of HS2 are not restricted to the regions in which it is built.

Phase 2a and Phase 1 can be built simultaneously – that is starting in the north and south at the same time. They are projects for the 2020s. Neither Phase 2b nor the Northern Powerhouse Rail project can be built in this timescale. Neither has begun the necessary parliamentary approvals process.

Given the geographical spread of HS2 project benefits, Government can and should press the ‘go’ button on Phases 1 and 2a now, and get HS2 done.